Anthony Diaz is the CEO of Sixthman, a company that organizes the KISS KRUISES. We were lucky to meet him at the KISS concert in Madrid on July 3. And thanks to that we were able to do this interview.

First of all let me tell you that it was a real pleasure meeting you. Besides that I really appreciate you share your time with us and the fact you offered the chance to do this interview.

As the person who runs a fan club, the first thing is to thank you for the KISS KRUISE one year again. It’s a privilege that you make it come true for us the fans.

1.- Have you ever been interviewed by a KISS fan club or is this the first time?

This is the first time by a KISS Fan Club and I’m really appreciative of the opportunity….the KISS Army is like no other fan base in the world….I became a member myself somwhere around 1975….my first concert was KISS when I was around 7 years old (flyer attached along with picture of my brother and I rocking out with KISS ítems/action figures in the back! And one with my sons at a KISS show in Atlanta and family at the recent Madrid show). Also, with my Father’s family on the Diaz side originally being from Spain, this is an extra honor!

2.- Please, explain a bit with a few words Sixthman’s history and trajectory and how everything got started? Was the rock boat the first one? How did the idea of a themed music cruise come up?

Sixthman’s founder, Andy Levine, was managing a band called Sister Hazel in the late ‘90s. In 2001, the band took a large group of thier fans on a cruise vacation and everything just clicked on the idea of “fans & bands together on vacation”. The next year they chartered a whole ship, called it The Rock Boat , and in essence Sixthman was formed. Next year the 22nd Rock Boat will sail and Sixthman will enter it’s 22 year in operation and to date has completed 157 full scale festivals at sea. It’s really amazing how one small idea created such a unique way to vacation for so many fans.

3.- Now that we have this information, please introduce Anthony Diaz and Sixthman’s team to us, since all of you are very young, talented and with a lot of energy people, and especially with a customer service policy rarely seen in a big Company.

My love for music started at a young age and I played in bands as a drummer from the age of 10 well into my 20’s. The founder of Sixthman and I were in a band in college that put music out and toured the Southeast. Two members of that band are in Sister Hazel still today. After a 15+ year career in marketing and sales with a large media company, I joined Sixthman as Chief Markeitng Officer in 2011 and held the role of Chief Operating Officer for a few years before getting the honor to serve as CEO for the past six and a half years. The Sixthman team is comprised of some of the most talented, passionate and creative indiviuals you will ever meet. Our goal is to exceed all expecations of what a vacation can be and the team works incredibly hard year round to deliver on that goal. Attached is a photo of Paul, Eric and Tommy wrapping up an on board staff meeting with the Sixthman team, it’s really cool that the band comes in often to thank the Sixthman team for what they do….the band are true pros. They love what they do and truly love thier fans.

4.- And now the KISS Kruise.How and when did this idea come up? How the talks were and with whom? Did the band take a lot of part in the decision making?

Our founder got word from a talent agency that the band got an offer to perform on a ship. With that news, he camped out at McGhee Entertainment’s office in Nashville, TN to ensure Sixthman got a chance to be thier partner. Doc and the band are all intimately involved in the planning of the Kruises and were in the original decisión to créate the first Kruise as well. Sixthman got the shot to do the Kruise and here we are 10 years later with one of the most special events in live music setting sail on two back to back Kruises from Los Angeles in just a few months!

5.- Are there any specific requirements needed for a such outrageous band like KISS? Lots of gear and equipment to be load in on board, we guess, apart from their costumes, instruments, etc… How are the logistics of the previous days?

I’ve Heard Doc say something like “with KISS, if its worth doing, its worth overdoing!” Everything they do is big and over the top and the Kruise is no exception. The Sixthman Operations and Production team works very hard on the load in, set up and load out process to ensure we deliver an experience that can blow fans away. There is very little time to get all of the gear ready due to tight sail away and show times….it’s incredible how all of the teams work together to get it all done.

6.- Is it true that at first 5 cruises were booked and signed and then it was extended to another 5 more cruises just like the rumors say?

I’ve heard that rumor too over the years, and wish it was the case….but its not. We work with the McGhee team and band each year to decide on and plan the next Kruise.

7.- Has really been the true possibility during theses years to move the cruise for one year to Europe departuring from Barcelona? How about a near future?

Over the years we’ve always tried to stretch ourselves to come up with creative new experiences (and departure locations) for the Kruise. While Miami is mostly our home port the Kruise has sailed out of New Orleans and moves to Los Angeles this year. There have been conversations about a European Kruise as Sixthman produces other Festivals at Sea out of Europe but no plans are in place for that to occur at this time.

8.- And now here is a polemical question: KISS Kruise VII was the last one where we the fans had the chance to have the photo with the band taken. Did Sixthman have anything to do with that decision or was it something coming from the band?

Will there be a chance for this photo again as a present for the two timers being the last cruise with KISS performing as a band?

Ha, photos with the band no doubt a big topic and I totally get it. The shift to move from the photo after all of those years doing them was to allow time for the guys to spend more time doing all of the unique individual and group activities they do with the fans on board. They are among the hardest working artists on the globe and at sea and are really passionate about giving Kruisers a vacation that will make memories that last a lifetime.

9.- How did the company manage the horrible pandemic thing with almost two years without being capable of sailing? We are interested in your opinion from inside.

While it was very hard to not be doing what we all love to do, creating experiences at sea for fans and bands together on vacation…we were very forutnate to have the strong support of our parent company, Norwegian Cruise Line throughout the hardest days of the pandemic. We pivoted early on to provide streamed live music events to fans and started a consultancy division (Sixthman Services) to help other non Sixthman produced events on land with thier operations. Sixthman Services was able to work with KISS on their huge New Year’s Eve show in Dubai in 2020. The thing that kept us going when we could not sail was the commitment from all of our artist partners to move their events forward versus cancel them. They could not wait to get back on the wáter with thier fans and when we went back on sale, almost every event sold out really quickly. We knew bands and fans prioritized these special vacations and we could not wait to serve them again. Since October 2021, Sixthman has produced 11 festivals at sea, we have 6 more this year and plans for 17 or more next year. We’re finally back and going strong thanks to the amazing artists and guests we get to serve.

10.- Why two cruises this year? Was it the band’s idea or Sixthman’s?

It was a joint conversation. So many fans were upset that the first one sold out so we worked together to créate the second one to allow as many KISS fans from around the world to come experience the event.

11.- We know from KISS that they are extending one more year their farewell tour, in fact in 2023 they will be touring in Europe again. Will there be a new cruise even though KISS will not perform but they take part in a different way (activities, Q&A, Gene Simmons band, Paul Stanley Soul Station…)? Because if we the KISS fans know is that with KISS you can never say never…

I really don’t know, wish I did. It’s a cool idea. If anything like that were ever to happen, the KISS Navy and Army would be the first to hear about it.

12.- The KISS Kruise came to our lifes in 2011 and without realizing it has become something much bigger that a cruise or a KISS concert. It’s a necessity for the fans to get together and spend the best holidays year after year, a way to make some new friends from the five continents, friend who you contact when you travel to their countries to attend a show, a real KISS world… there are conventions and pre-partys KISS KRUISE… What has the KISS Kruise meant for you?

Given that many workers and members of the crew are already friends with the fans who attend year afer year and you notice they joy and happiness when they see us and even share their free time with us aboard.

As a KISS fan myself, it has been the gift of a lifetime to get to be a part of creating such a special event for other KISS fans. I’ve been on 9 of the past 10 and will be on the next 2. Every year I too am reminded about how special this community is….how much passion they hold….how they love and look after each other and share bonds and friendships that last far beyond the ship. I’m very blessed to get to do what I do and am so proud that the Kruisers hold this event so close to thier hearts and am so grateful to get to be a small part of it all.

13.- Lastly, what would you say to the fans who are still considering if attending the first week or not or to those who are doubtful about doing the two timer? As you know some fans felt a bit hurt (unfair from my point of view) when they saw two weeks. Many of them said that it was like having Christmas twice a year.

Sixthman’s mantra is to LIVE LOUD. Life is short. The only thing better (in just my opinon) than 5 days at sea with KISS is to double it and do 10! We tend not to regret the things in life we do, more so the things we did not do….so as the guys say… “You Gotta Live Like You’re On Vacation!”….

We remind you that there are still places available for the first KISS KRUISE. You can book them here: 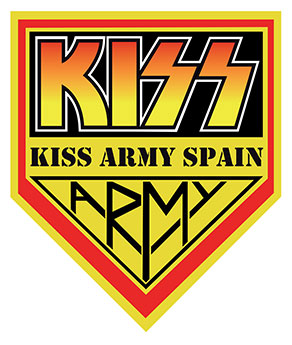